From Tux
Jump to: navigation, search

This guide aims to provide common and useful Linux commands, popular Linux operating systems that you make encounter, as well as ways to accomplish tasks that you may encounter frequently. Please note that Linux is case sensitive, so any commands shown here should have the same capitalization.

For the sake of brevity and making things easier to find, we will not be going over every single command available in Linux here, but rather, a list of some of the more common and useful commands. For a good list of all Linux commands, you can follow this link. Remember that the man command will also bring up a manual for using Linux. The commands are split into sections based on their uses, and within each section are ordered alphabetically.

Bash is a shell for navigating an OS without the need for GUI. Bash is a part of the GNU Project, aiming to provide "free" software to aid in computing. Bash is included in most UNIX/Linux distributions, as well as OSX (Mac). For more information, please see the embedded links provided above.

Devtoolset-7 and devtoolset-8 are now installed on bobby.cs.unlv.edu. To use the latest GNU development tools (gcc, g++, etc.) run the command below

Grep (Global Regular Expression Print) is a useful and complex command that allows you to search for a regular expression across multiple files. In simpler terms, you can search for a word or expression across multiple files. Here, we'll cover some variations of grep and several examples, because of how useful this one particular command is. For more info, consider this GNU manual for grep.

Running and installing programs and scripts

Often when working with computers you will encounter scripts that will be necessary to accomplish your task. Here, we will cover common problems you may encounter when you are first learning about scripts and what everything means.

If you have done C++ programming at UNLV, you have more than likely typed ./a.out. While a.out is not a script, it is executed in much the same way. The ./ part should preface anything that you'd like to run. For example, if you had a program called "my_program", you would execute it with ./my_program. The same goes for scripts. If you had a script called "my_script", you would execute it with ./my_script.

The reason for this is that Linux will only run executable files if they are inside one of the directories listed in the PATH variable of bash, or if it is given the full path to the executable. The reason ./my_program works is because the "." character references a special file inside the directory that just stands in for the full path of the current directory (in the same way that ".." references the parent of the current directory). This way the full path to your executable is given. If you run the command echo $PATH you'll notice that PATH contains /home/[your_username]/bin. If you place an executable named my_script inside a directory named bin in your home directory, you will be able to run it from anywhere on that system with the command my_script without the "./".

Another problem you may encounter when running scripts are permission errors. Again, if you are used to do C++, you may be used to giving the command ./a.out, and then your program just works. However, not all executable files will run this easily. For example, if you were to download a script or a program and tried to run it, you may get an error. This is because the file does not have permission to run. There are a few solutions to this. The first, and most common solution you'll see is just changing the permissions.

Here, we'll cover the basics of installing a program/package in Linux, if you are not already familiar. There are a few built in package managers in most Linux operators, such as apt and yum. For the sake of simplicity, we'll just be using apt here.
First off, let's cover how to download and install a package. For this example, we'll be using MySQL Server, but the same goes for any package. The general way we would do this is with apt-get install mysql-server.

After running this command, you should see that apt will download and install your package. It is possible that you will be prompted for your password to confirm your installation. Apt will also usually ask if the installation size is okay as well. This being said, you may encounter an error as soon as you first run the command. There are two likely reasons why this is:

After downloading, or just in general, you may encounter problems or bugs that exist in the current version. To upgrade all currently installed packages, you can use apt-get upgrade

See the VirtualBox page for more informstion on VMs. 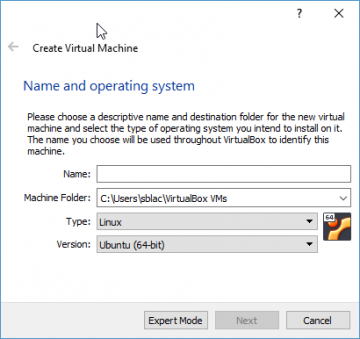 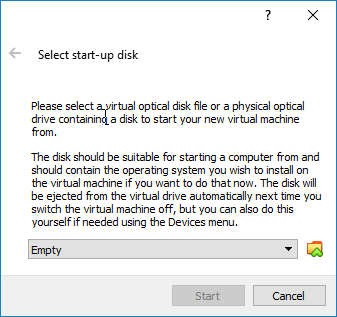 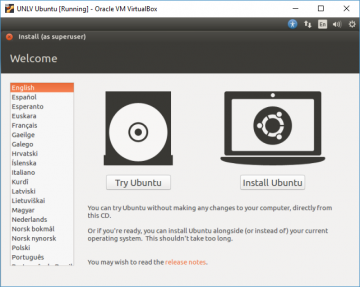 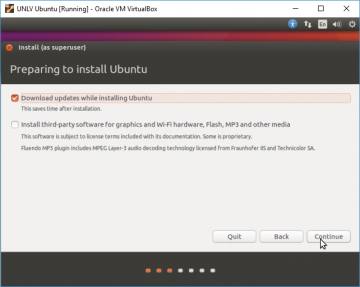 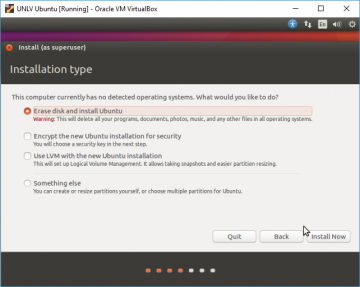